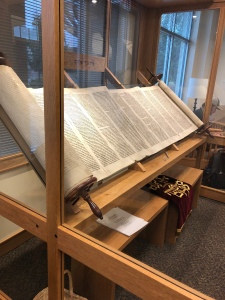 Disclaimer: This post has nothing to do with the recent Facebook post some of you have texted me about. At all. I have had this crafted for a while and just didn’t know how to finish it…and at the end you will know why I chose to post this finally.

The silence of God is something that is hard to navigate. I remember early in my walk with the Lord I had gone to a conference with a friend, and they talked about God’s silence in one of the sessions. It was a new concept for me, one that I had never heard of – that sometimes the God of the universe would be silent for a season, and he would seem to be far off, but that we should never be afraid of it because it is for our growth. He never leaves, but he might not answer us, and he might feel distant.

I had been taught that God always wants to speak to us, that he is just waiting for us to start listening… so I spent every waking moment as a young 20-something trying to hear God so I didn’t miss him. Needless to say, I didn’t quite know what to do with that teaching.

That was before I ever experienced a season where I felt he was silent.

It was crushing. My kids were young, my husband at the time was dealing with some deep depression, and we had just moved far from all family and friends.

And this was before social media (2002) – so staying in touch required writing or calling. Yes people, it was lonely of a different kind.

I started using my runs to vent my anger, my frustration at God. Until that time, I had only ever run maybe three miles. Then 3 became 5, and 5 became 7. (And then my neighbor said if I could do 7 I could do 13 and that’s how I started distance running… )

My runs typically were full of anger the first three miles. Then I pushed myself through miles 4 and 5, wrestling with and facing what I was really feeling. By then I was usually exhausted – but for me, it was the only way to come to the end of myself where I could find a center, and remind myself of what Hebrews 11 tells us, that faith is evidence of what we do not see. For me in that season, it meant I had to cling tightly to truth in the midst of not having community to reinforce it:

That nothing could separate me from His love

That His silence didn’t mean I had disappointed him

That I was not under his judgement

That I had the wisdom I needed as a young mom

That somehow, my struggle to continue to pursue God mattered to him, and it didn’t go unnoticed.

For someone who really cared what people though of them (because I hadn’t started even unpacking that yet) – and God seemed distant? It messed with my faith in ways you can’t even imagine.

Yet I am pretty sure some of you have been here too, wondering where God is?

• I have prayed. Why won’t He change my circumstances?

• “Your will be done”, we say, is the Godly response, it is the right heart attitude to have.

But what if what is going on is something we are pretty sure is NOT the will of God? Goodness knows we see this every day on the news. Injustice is all around, and all I can think is …. there is no way that injustice is the will of God.

What if what is going on can only bring pain? Sometimes hard things in life happen and there is only the option to GO THROUGH IT. You don’t have a choice.

What if not hearing from God makes it seem like you are being ignored and that He doesn’t care? We reason, because if God really cared about me, He wouldn’t [insert whatever is bothering you] — let this happen, let me suffer, make it this hard…do I need to go on with how we complete this sentence?

My friend… this is when faith can feel like a jungle, one that demands you fight to see your way through. Sometimes its just .. hard. I’d encourage you to take a step back a moment though, and think about the big picture.

You are not the only one who has walked in these steps.

You are not the only one who has had to struggle and fight to keep your faith and belief in a God that is there, let alone good.

Sometimes the answer that we live in a world that is fallen just doesn’t seem to answer our deep sense of injustice, that things are not right.

BUT GOD IS THERE

Be like Jacob, and wrestle with him. Be like the writers of many of the Psalms and cry out. Then walk in ruthless trust in what he promises, that he says he will never abandon you. Hold onto that even when you aren’t sure you believe it. Proclaim you TRUST him. That can be hard, but when you have known him, HE is your lifeline.

HE HOLDS YOU… even when you cannot hold onto him yourself.

At the top of this blog there is a picture of a Torah scroll. I know it doesn’t seem to match this post… but let me try and explain. I was a bit undone when I saw that in the Denver Seminary library last week. I had to just stand and stare at it a bit, speechless.

What came alive for me was the passage in Luke 4:17-21, where Jesus unrolls the scroll and reads from Isaiah 61, then promptly says “I’m here, fulfilling what I just read”.

… and here is why I can finally finish this blog. You see, the faith I have, the faith you have…. really is timeless. It comes from a long tradition of people who have trusted God, people who have failed him, people and nations who have struggled to wonder where He was in the course of history — all of it. But God still came to them and loved them and said… I’m here.

You, my friend, have an irreplaceable role to play in the larger story of God and His movement on this earth. Don’t settle for the paltry “everything happens for a reason”. Believe that your God is strong, He will redeem and restore whatever it is you are going through. History testifies to this, in the midst of all the hell our world has been through. God is using you and me to bring his truth, his justice, if we will just step out and let him use us.

I'm an avid reader, tea drinker, and outdoor adventure seeker. I am convinced that God is still out to fix this broken world, and He uses us to do it. Chasing after things that matter...

View all of Tama Nguyen's posts.