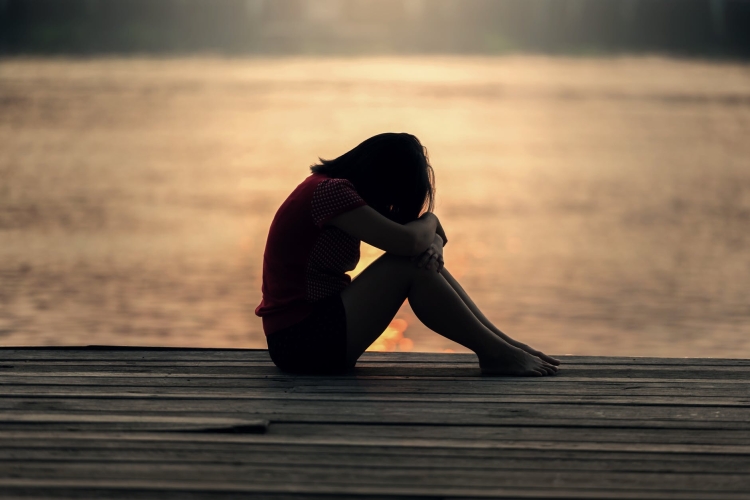 So often, we feel like we are the only person going through [insert experience here]. The thought of sharing what is really going on can be terrifying, intimidating, and vulnerable, no matter how big or how little it is. I remember when our kids hit the teen years and we started to deal with some… teen stuff. Let’s just say I did NOT want to share that with too many people, partly because I thought it reflected on how I was doing as a parent (it didn’t) and partly because I was afraid of what people would think – and let me just tell you, God is pretty faithful to not let you stay tied to that fear 🙂

We had some friends that we would share holidays with since our family wasn’t local, and these holiday gatherings (in addition to the occasional coffee or margarita / chips /salsa double date) always led to catching up on how we were really doing. I remember how risky it felt to share was what going on, how it was affecting us as parents, and in some ways not really knowing what to do but walking through it anyway. What always amazed me was how much THEY were going through the same thing – whether it was attitude, friend concerns, sneaking out, low self esteem in their kids – you name it. Our oldest two were nearly the same age as theirs, and so if they weren’t dealing with it now, guaranteed by the next holiday – they were as well.

I’m guessing you know what I am talking about – whether its talking about having a newborn and walking through life half dazed from lack of sleep, or talking about the terrible two’s (or three’s) and how to manage four under the age of 5. It could be the weight of having aging parents, or having mental illness in the family. Being an alcoholic and finding others who get the struggle.

It helps you know you are not alone, and somehow, that brings strength. We need each other!!!

Well, with all that was going on in our family, I figured that I would never find anyone who was going through the same thing, so I had settled to just having a story that no one understood.

God obviously had a different plan (doesn’t He always??)

This past January I went to the Queer Christian Fellowship conference (formerly Gay Christian Network) in Denver. I’d wanted to go in the past, fueled by a desire to see if what I hoped was really true – and it was. I had written about this in a previous blog (search Part 2: Caught in the Middle on my home page) about how I felt stuck in the middle in a way – because I believed in the gifts of the spirit, the presence of God in worship and in fellowship, and yet I was gay affirming. I have never really seen the two exist together, outside of some very brave communities in other states. I cannot tell you how beautiful it was to see both old and young in the LGBTQ community there, worshipping Jesus, just like me.

For once I was the one that didn’t really fit in, but they didn’t care. There were singles, couples, friends and allies, pastors and parents that had been rejected by their churches because they came out in support of their own kids that were LGBTQ. They were a family of their own, a minority, because the larger “C”hurch didn’t know what to do with them or how to answer them.

I mention this because of one of the sessions I went to on Mixed Orientation Marriages, as they called it. I wanted to hear what they had to say, and if they had anything to offer – given that my marriage was now ending due to having been in one (although I never had heard that term before.)

Although the leaders didn’t really have much to say that spoke to my situation, they gave some good advice to the younger folks there, that they need to go in eyes wide open, because it will present some challenges. [to which I add a resounding YES IT DOES]

Someone in the session asked how faith made a difference, when a marriage was ending because one spouse is straight and the other is not. I couldn’t stay quiet, it was just too personal. What did I have to lose? I stood up, and with determination (and a few tears) spoke up:

My faith meant that my vow to honor my spouse was going to stand, even as we dissolved our marriage, no matter how painful it was

My faith meant that we were going to commit to remain friends and raise our kids together, not just walk away

My faith meant that I was committed to facing my bitterness, anger, grief, feelings of betrayal, and whatever else the process brought , and not stay in that place

My faith meant that even in this, I knew I had to honor the Lord.

It was in this strange place that I found, of all things, a few folks that made me feel not so alone – because they were going through the exact same thing. I cannot tell you what relief I felt, to know someone else GOT IT.

•Knowing you have a story that no one else is really going to get, and people might very well condemn you for making the choice you are making. And that you will forever live in the tension of having broken covenant in order to set one person free

What I found that weekend were people who got me and what I was going through – and others who would cry with me because they were the gay spouses who had also gone through this or they were couples just starting the process.

I know it sounds crazy, but there was something hard and holy about that weekend for me. I can’t say there’s any verse or lesson I learned, but what I walked away with was this invaluable truth:

We are never alone, no matter how strange or hard our story is. Sometimes you just have to look in more nooks and crannies to find the ones who get you. 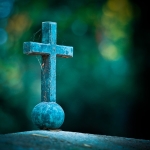 The other thing I landed on, as I pondered the events of the weekend is this, which – again – if you cant go here with me, all I ask is that you consider the challenge I am raising:

The church needs to change its message so very badly. Please, please do not ever tell someone who is struggling to understand their sexuality to marry someone to “fix” it and “make” them straight. Jon and I have been there, done that. We have prayed, we have fasted, we have cried out to God and leaned on him for everything… and nothing changed. His orientation is the same as it was before we got married (even though I didn’t know til after we were married…. and that is a whole other story). Please love them as they are, not as people that need to be fixed.

I know clearly what the Bible text speaks of is husband and wife, and that is what I long for… but I am straight. I have no earthly idea what its like to be told you can only ever marry someone who you will never be attracted to…. but can we let our LGBTQ brothers and sisters make that decision on their own, and not demand it of them? Can we trust their discernment for their own lives?

I have hope though, hope that this next generation and the wave of grace that is being shown and cried out for in scattered places might just allow our LGBTQ brothers and sisters to stop being rejected, might stop judging families and parents and making them feel like outsiders because their kids aren’t straight.

Hope that one day, we will be able to read Paul’s words in Colossians 3 and know that we have brothers and sisters who identify as gay or lesbian, but they too are “taking off their old selves, being renewed in knowledge in image of their creator”…and that in Christ, gay and straight are no longer dividing factors. That in Christ, we are equal at the foot of the cross.

In closing, if you are looking for some books to read on this topic, I’d recommend the following:

Love is an Orientation, by Andrew Marin (great book about the heart cry of the LGBTQ community as well as building bridges in churches)

Torn, but Justin Lee (his story of growing up in a “perfect” Christian home, and how he realized he was gay at a young age, even loving Jesus and crying out to God for change, yet believing he has been given the freedom by God to seek a relationship instead of being celibate)

Washed and Waiting, by Wesley Hill (about those who are in the LGBTQ community and are holding to celibacy in the church)

Unclobber, by Andrew Marin (his story as a pastor, as well as digging into handling of the verses that address homosexuality in the bible)

I'm an avid reader, tea drinker, and outdoor adventure seeker. I am convinced that God is still out to fix this broken world, and He uses us to do it. Chasing after things that matter...

View all of Tama Nguyen's posts.